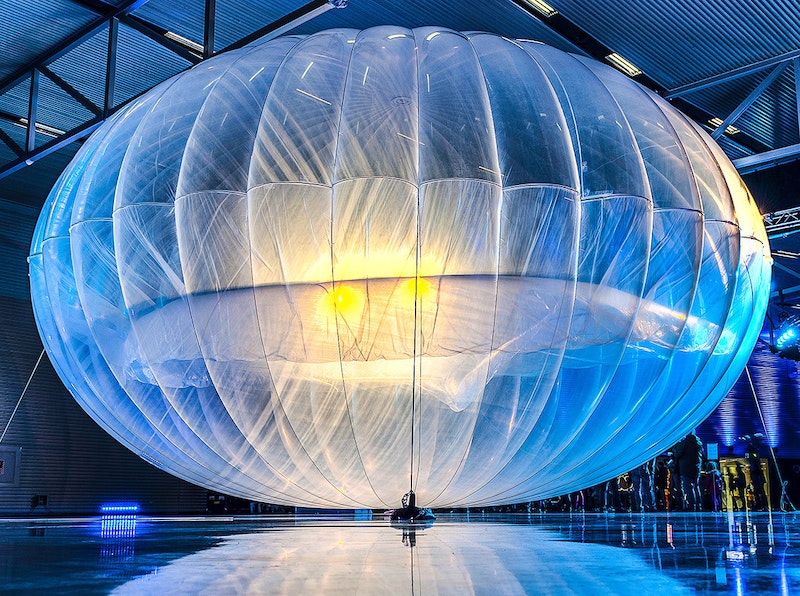 In 2017, after four years of setbacks and crashes, Alphabet shut its project flying solar-powered fixed-wing drones in the upper atmosphere to beam the internet to those cut-off. Facebook then exited its similar project, but the Chinese aerospace industry, Airbus, Boeing, and NASA are progressing them very well. Aloft for years, they will take 5G and 6G communications to everyone, perform surveillance, and more. Meanwhile, Alphabet, parent of the mighty Google, has now dumped its upper-atmosphere balloon version as well.
The Chinese even have a smaller solar drone Mei Ying that survives night and day at the weaker light at 4600 meters for fast establishment of a WiFi emergency-information network and for surveillance in remote regions. Later it may team with 6G upper-atmosphere drones and low-earth-orbit LEO satellites. See the new IDTechEx report, "6G Communications Market, Devices, Materials 2021-2041".
"The road to commercial viability has proven much longer and riskier than hoped. So we've made the difficult decision to close down Loon," Astro Teller, who heads X, the Alphabet subsidiary in 2021. His balloons in the upper atmosphere were to bring cellular connectivity to remote parts of the world where building a traditional mobile network would be too difficult and costly. Alphabet promised internet connectivity to everyone. This is Alphabet's third drone exit because in 2020, they shut the wind-power project Makani based on a conductive tether to a large drone. SpaceX has just adopted that idea, promising product in two years.
The Loon helium-filled balloons were powered by solar panels. Artificial intelligence guided them, transmitting internet signals to ground stations and personal devices. The first commercial use was in 2020. With Telkom Kenya, 35 balloons were deployed to provide a 4G LTE network connection to a 31,000 square mile area, including Nairobi. Earlier, they provided cellular service to Puerto Rico after Hurricane Maria.
The business case for Loon has not materialized partly because there is competition from other companies such as Starlink from SpaceX and Blue Origin from Amazon, both of which use thousands of small LEO satellites.
However, a different type of inflatable from the Loon balloons is the unmanned airship, and this can compete with LEO satellites by holding position, carrying over ten times the payload at low cost. Lockheed-Martin and Thales Alenia use a large area of flexible photovoltaics on top, rolling to face the sun. Thales Alenia Space (the joint venture between Thales, 67% and Leonardo, 33%) and Thales signed a contract with French defense procurement agency DGA in 2021 for a concept study of intelligence, surveillance, and reconnaissance applications using this Stratobus™. The first flight will be in 2023.
Raghu Das, CEO of analysts IDTechEx, says, "6G Communications may become an even bigger business than the 5G that is now rolling out worldwide. The Chinese have just sent up a satellite to study 6G physics in the simple environment of space. This is the virgin territory of terahertz electronics called "the terahertz gap". Meanwhile, IDTechEx offers deep studies on 5G and its specifics, such as low-loss materials. For both 5G and 6G, the software, hardware, and materials opportunities are enormous. Despite this, only some of the giants are successfully participating."
For more information on this report, please visit www.IDTechEx.com/6GComms, or for the full portfolio of 5G research available from IDTechEx, please visit www.IDTechEx.com/Research/5G.
IDTechEx guides your strategic business decisions through its Research, Subscription and Consultancy products, helping you profit from emerging technologies. For more information, contact research@IDTechEx.com or visit www.IDTechEx.com.
Top image: A Loon balloon at the Christchurch launch event in June 2013. Source: WikiCommons, 17 June 2013, 22:00 by Doug Coldwell